Recently, Thai media reported that Indonesia is about to introduce new import regulations, effective from January 1, 2017, the development must be registered to apply for approval, in the output and destination inspection of goods, and increase the number of documents. The Thai Ministry of Commerce is concerned that Thailand's exports will be affected and is prepared to discuss with the other, and demanded that Indonesia postpone the implementation of the new regulations to give enterprises time to adjust. Some Chinese media have also reported: Indonesia may implement the new tire import regulations, the proposed Chinese enterprises to respond.

Why Indonesia Should Implement New Regulations on Tire Import

According to the latest news from Indonesia can be concluded that Indonesia is not possible to implement the new regulations on the import of tires, but some implementation. Srie Agustina, Minister of Trade from Indonesia's Ministry of Trade, explained that the Government has promulgated the Regulations on Imported Tires under the Trade Ministerial Ordinance No. 77 / M-DAG / PER / 11/2016 in order to ensure the balance of supply and demand in Indonesia, In addition to meeting domestic demand, it also aims to encourage domestic industrial development, while creating healthy competition and enhancing competitiveness.

"In addition to ensuring the safety of tires to protect the interests of domestic consumers, Silk also said in Jakarta.

What are the new requirements for tire imports?

Minister of Trade Minister Enggartiasto Lukita (Enggartiasto Lukita) on November 9 this year signed the regulations, the second pointed out that tire imports are restricted. An import license issued for API-P holders or API-U holders is valid for 1 year and 6 months respectively 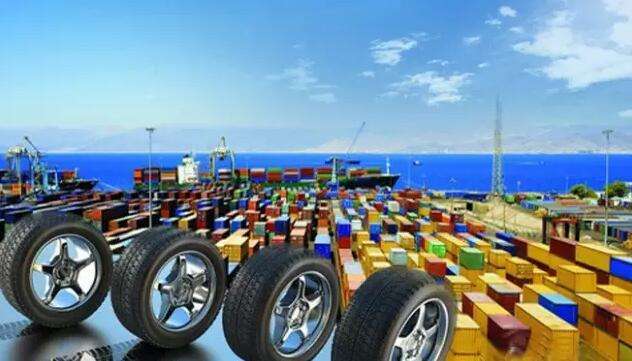 With respect to import restriction mechanisms, tires must be licensed by the Minister of Trade of Indonesia, and have an API-P or API-U license for import.

In order to obtain a tire import license, importers must fulfill a condition that the need to obtain the Ministry of Industry and the textile industry and the Director-General of various industrial letters of recommendation.

Other conditions is to have a foreign factory or brand holder's power of attorney. The power of attorney must be certified by the trade counselor and the notary public in the embassy of the importing country.

Imported products can only be used for ancillary products or to complete the production process. Each imported tire must be verified at the port of loading.

"Imported tires are not allowed to be sold or otherwise transferred," Silie explains.

Imported tire regulations in force since January 2017 entered into force. The regulations stipulate that the import restrictions are tire, inner tubes, and tubeless tires. In general, imported restricted tires consist of 38 HS codes of 10 digits.

Section 23 of the Regulations provides that restrictions on the import restrictions on tires do not apply to research materials, exhibition goods, materials required for racing cars, and samples of goods that are not traded. In addition, the Government is required by the special specifications of goods, foreign buyers refused to export goods, transport of goods, as well as passengers or transport personnel to carry the goods.

At present, the enactment of the Ordinance for Thailand a greater impact, the Thai government also reflects the most intense. Thai Ministry of Commerce that Indonesia's new tire import regulations for the trade barriers measures, affecting the Thai tire manufacturers export costs, while affecting the development of ASEAN as a tire production and export base. The relevant provisions of the new regulations are equivalent to indirect control of imports.

At present, China's Ministry of Commerce does not have any official response, the tire companies are currently no any new regulations for the Indonesian imports of tires expressed any views. It seems that Chinese tire companies may be in the wait and see, after all, in terms of Chinese tire companies, Indonesia is only a small market, it is difficult to set off a big waves. But for the export business more dependent on the Chinese market in Indonesia tires, or as early as intended. A rainy day is always good, lest in January 1, 2017 the Ordinance was implemented, confused at a loss.