January 5, 2017, Thailand, the outbreak of a sudden flood crisis, according to statistics, the floods hit the main Southeast Thailand, Nakhon Si Thammarat and the surrounding cities were seriously affected, from Surat Thani start all flooded. Tight supply is expected in the future there is also the possibility of continued warming. The natural rubber supply for the future tight side is expected to relatively strong, there is no doubt that this will lead to a substantial rise in rubber.

In the 16-year tail, the natural rubber prices rebounded all the way up from the 05 contract, the rebound rate of more than 60%, and entered the 17 years, natural rubber has gone through a half-month adjustment in the recently once again started upward Onslaught, only four trading days, or more than 13%, and is about to break through last year's high. 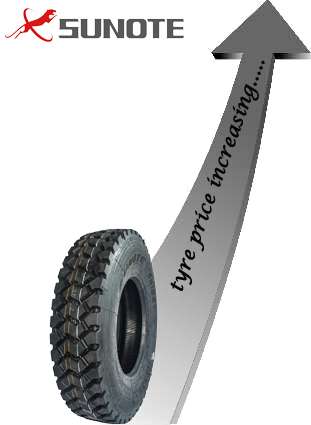 There are professionals, Thailand is experiencing a 20-year event, in some areas even 50 years of floods, the impact of the rubber can not be measured.

More a business leader, said floods on the impact of Thailand's natural rubber production can refer to the 2005 Hainan Dawei typhoon on the Hujiao futures market bullish influence, in September 2005 Daewei typhoon makes the impact of Hainan natural rubber production is fatal, When the output of Hainan, a substantial cut, the final birth of the following year Hujiao futures prices reached 30,000 yuan / ton, a record high.

In the second half of 2016, rainfall in southern Thailand in December before the overall number of rain days, the total rainfall is small, the impact of the actual tapping days. The flood in early December was strong rainfall, flooding in parts of the formation of floods, and sea level rise led to poor drainage, thus affecting the number of days increased.

Affected by the floods, from Chumphon to Bertalon throughout the Asian Highway in southern Thailand have varying degrees of disaster, in some areas bridge break. And this line along the distribution of more than one-third of Thailand's natural rubber processing plant, factory finished shipment has been affected.

If the floods continue for a week, then the factory before the Spring Festival in China to the main port of the shipping schedule will be affected. The raw materials inventories in the southern region of the plant will drop sharply. If the traffic is interrupted for more than two weeks, the raw materials in the southern part of the plant will not be able to get new compensation, and will affect the sailing after the Spring Festival to the main port of China.

At present, most of the domestic tire factory inventory or cargo, whether these goods can be punctual delivery depends on the current flood further, do not rule out the number of parts can not be delivered on time.

Raw materials are the main source of disaster is fuel, tire price increases is an inevitable trend, but also other factors:

The next "Ebb Tide", the backward production capacity will gradually withdraw and be eliminated, the scale of war, the price war will gradually transition to the strength of war, the owner's ability to enhance the consumption from the pursuit of low-cost pursuit of high-quality change. From product-driven into consumer-driven, the prices may indicate the tire industry, "turning point."

National policy stimulus: August 2016 Ministry of Public Security and the Ministry of Public Security for illegal modification and overloading of the new regulation of heavy truck sales in October led to an increase of 49%. From October 1, 2015 to December 31, 2016, the state on the purchase of 1.6 liters and below the displacement of passenger cars to implement half of the vehicle purchase tax preferential policies to a certain extent, stimulated the advance consumption of passenger cars. The prosperity of the vehicle market drives the growth of the tire market.

In addition, the state in May 2016 began the rectification of environmental protection, shutting down non-standard factory also further stirred the market supply, drive prices.